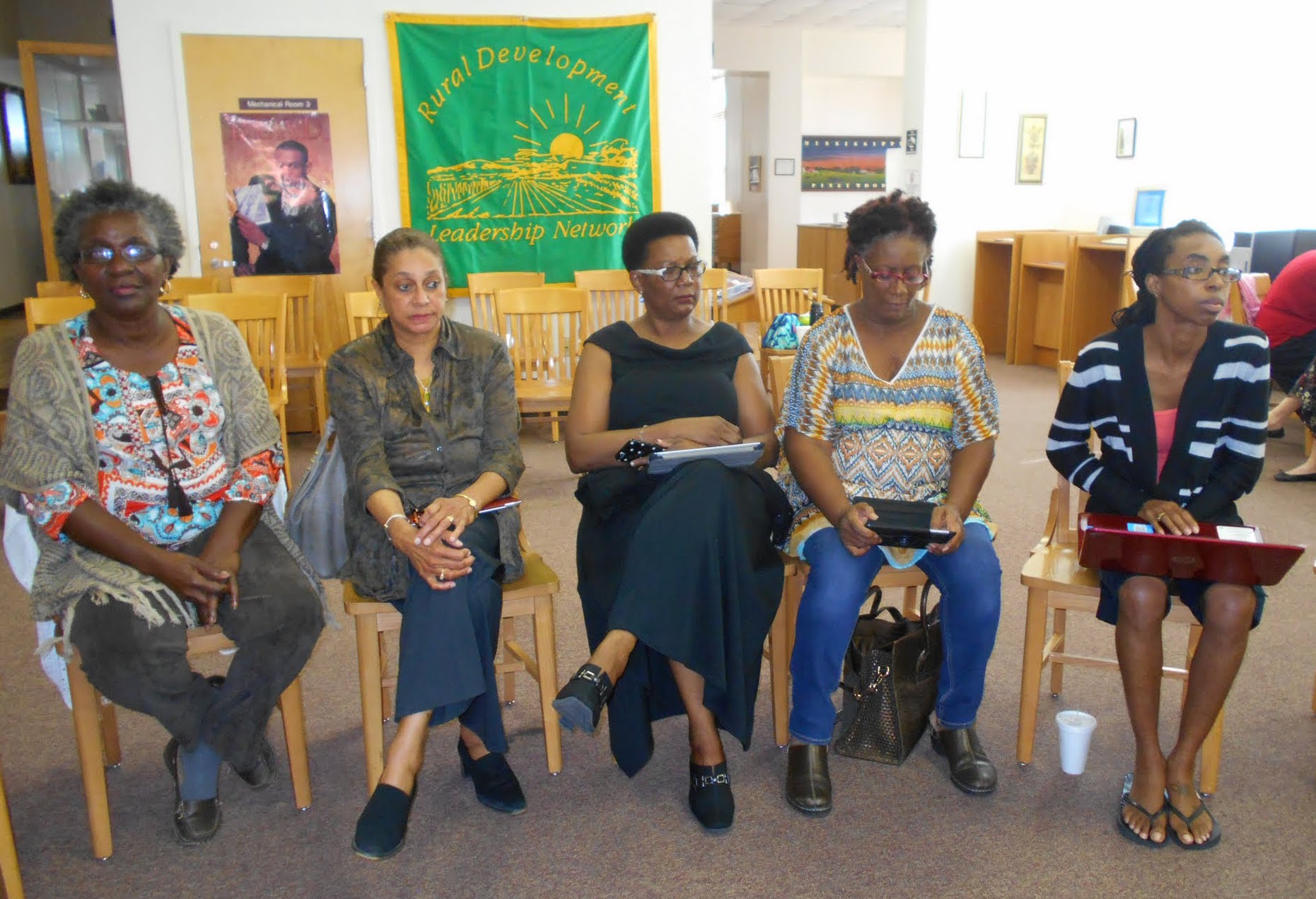 As RDLN Leaders and VISTA members described their Food and Health work in the field, a lively discussion arose about the difficulty of preserving community values, priorities, and self-determination in collaborating with university research projects. 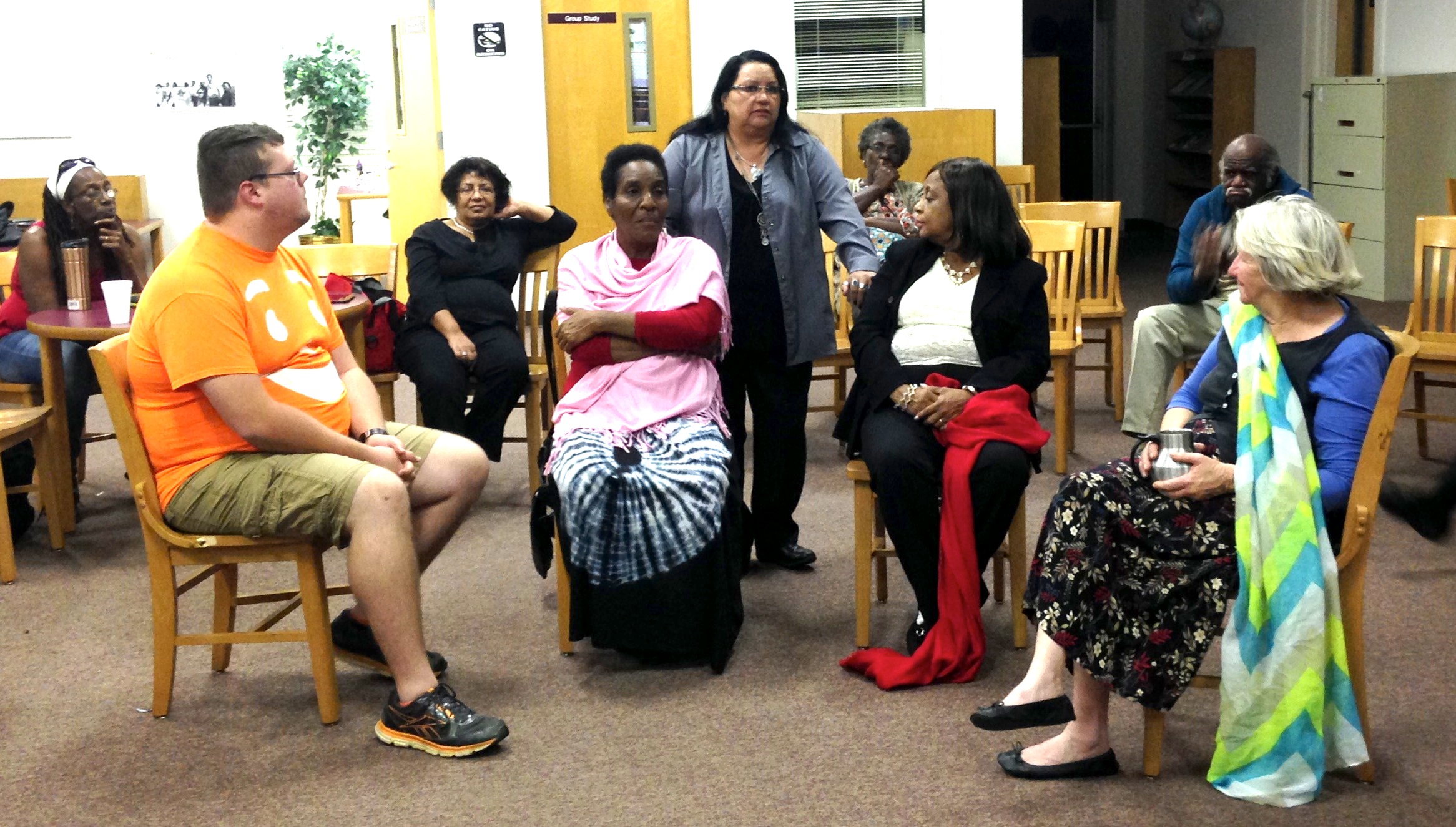 Emma Dixon was a candidate for city council in Bogalusa, Louisiana, in Spring 2015. Shortly before the election, she learned that she was no longer a resident of the district where she was running even though she had formally qualified. The district lines had been redrawn two years prior but no one had informed the residents. Emma was not able to vote for herself in the election and the authorities claimed it was impossible to hold a substitute election. This was a blatant example of voter suppression, and Network members want to find a way to address this and related issues. 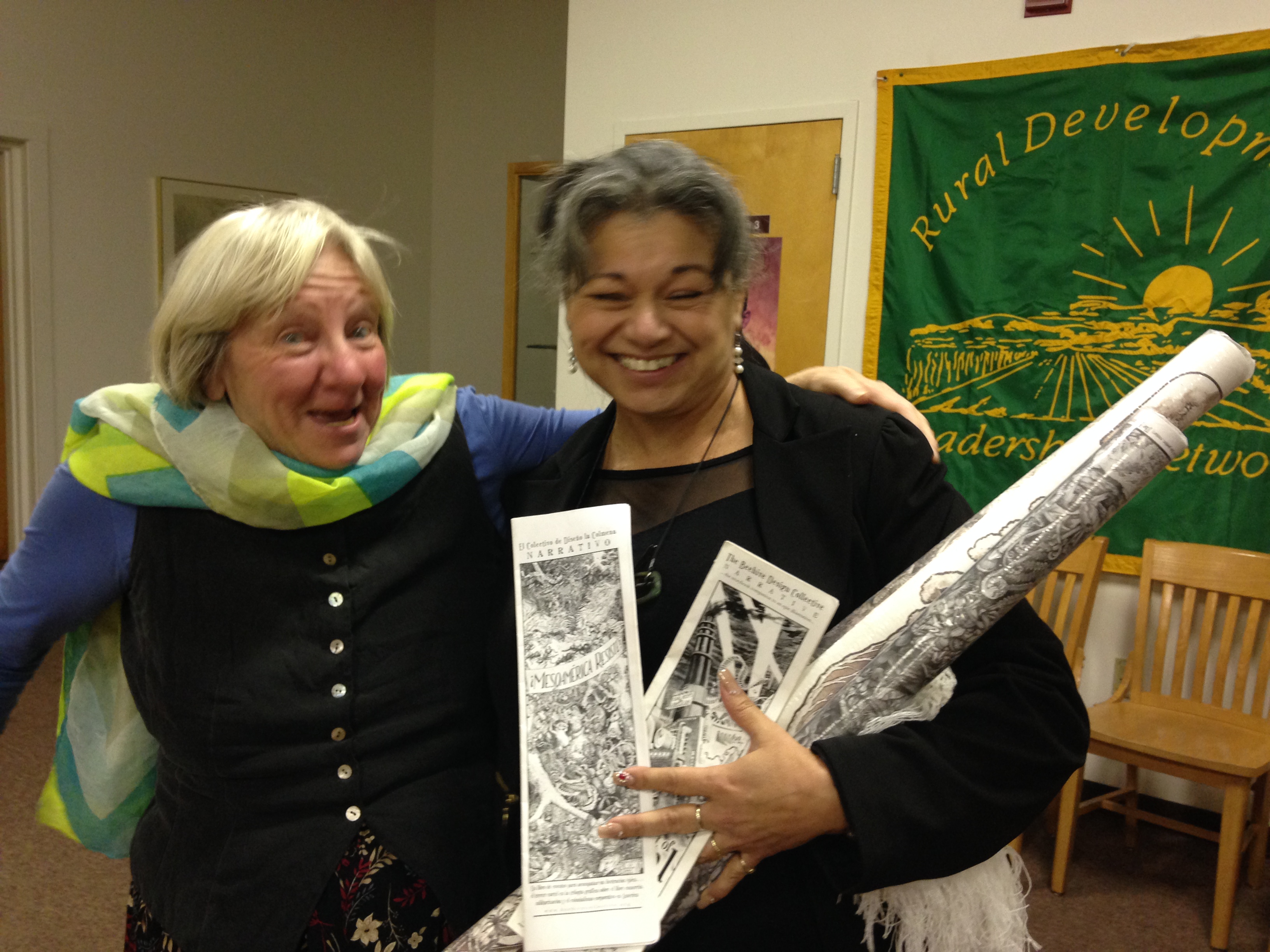 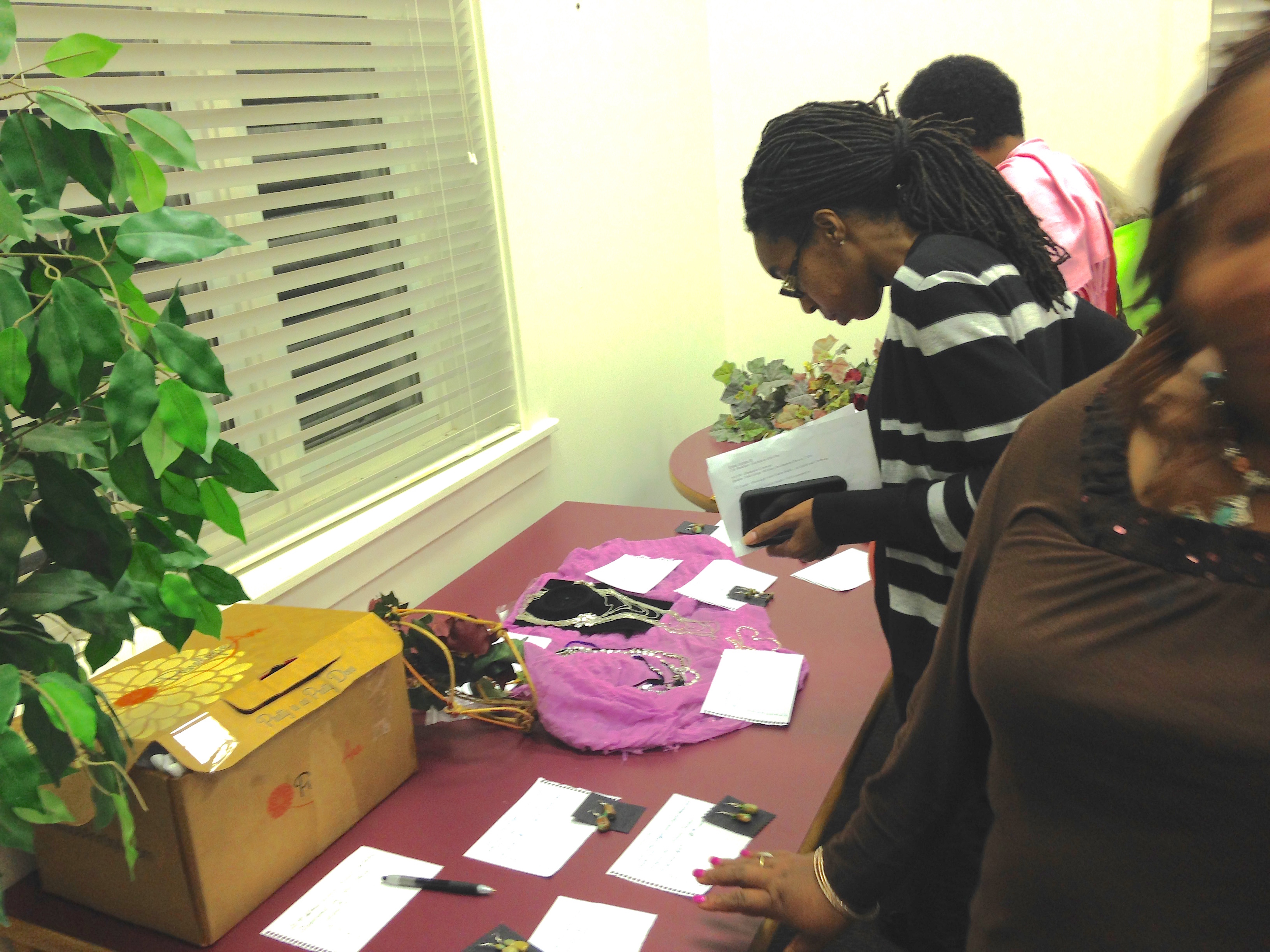 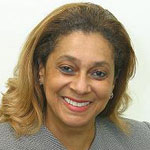 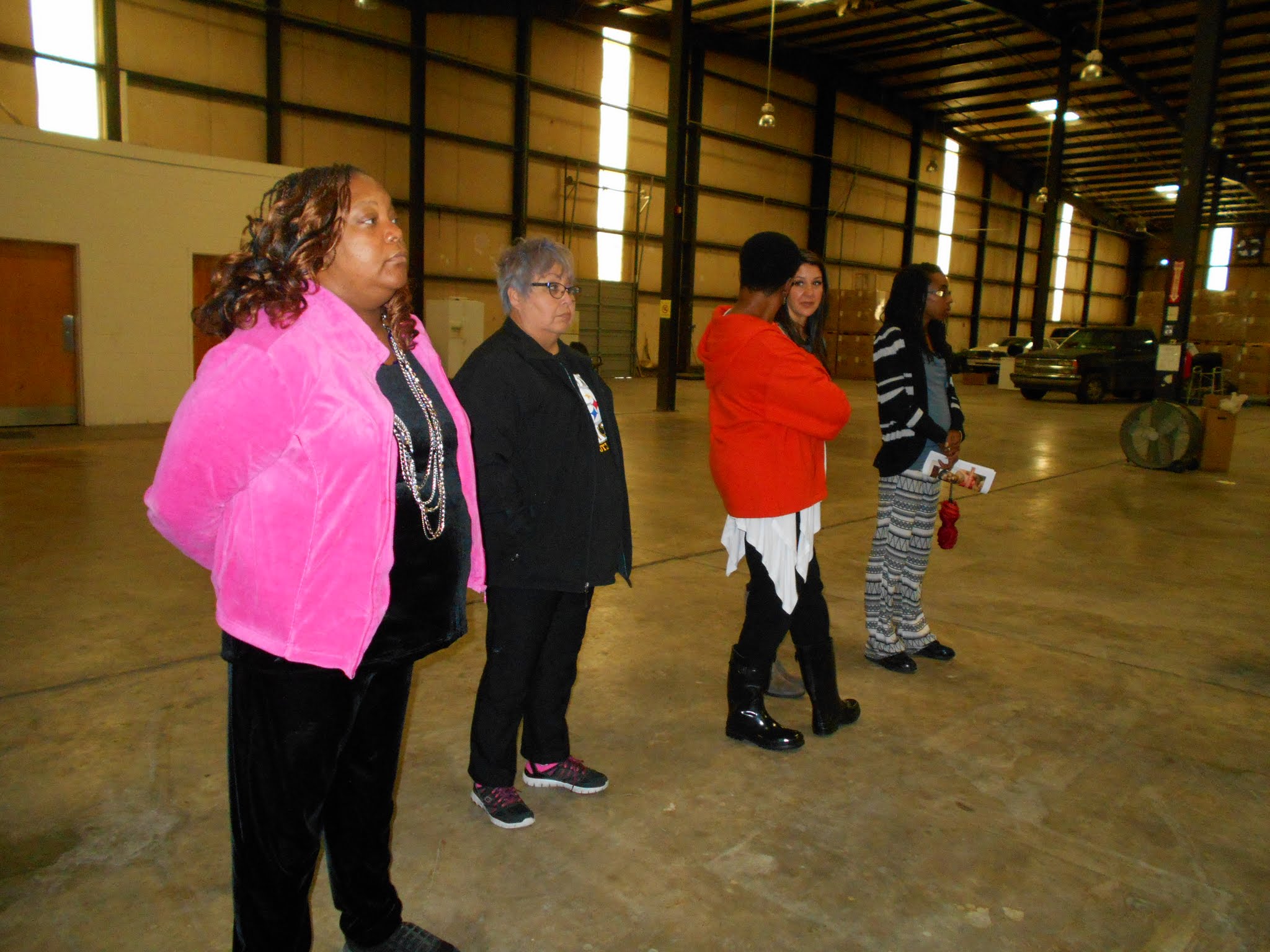 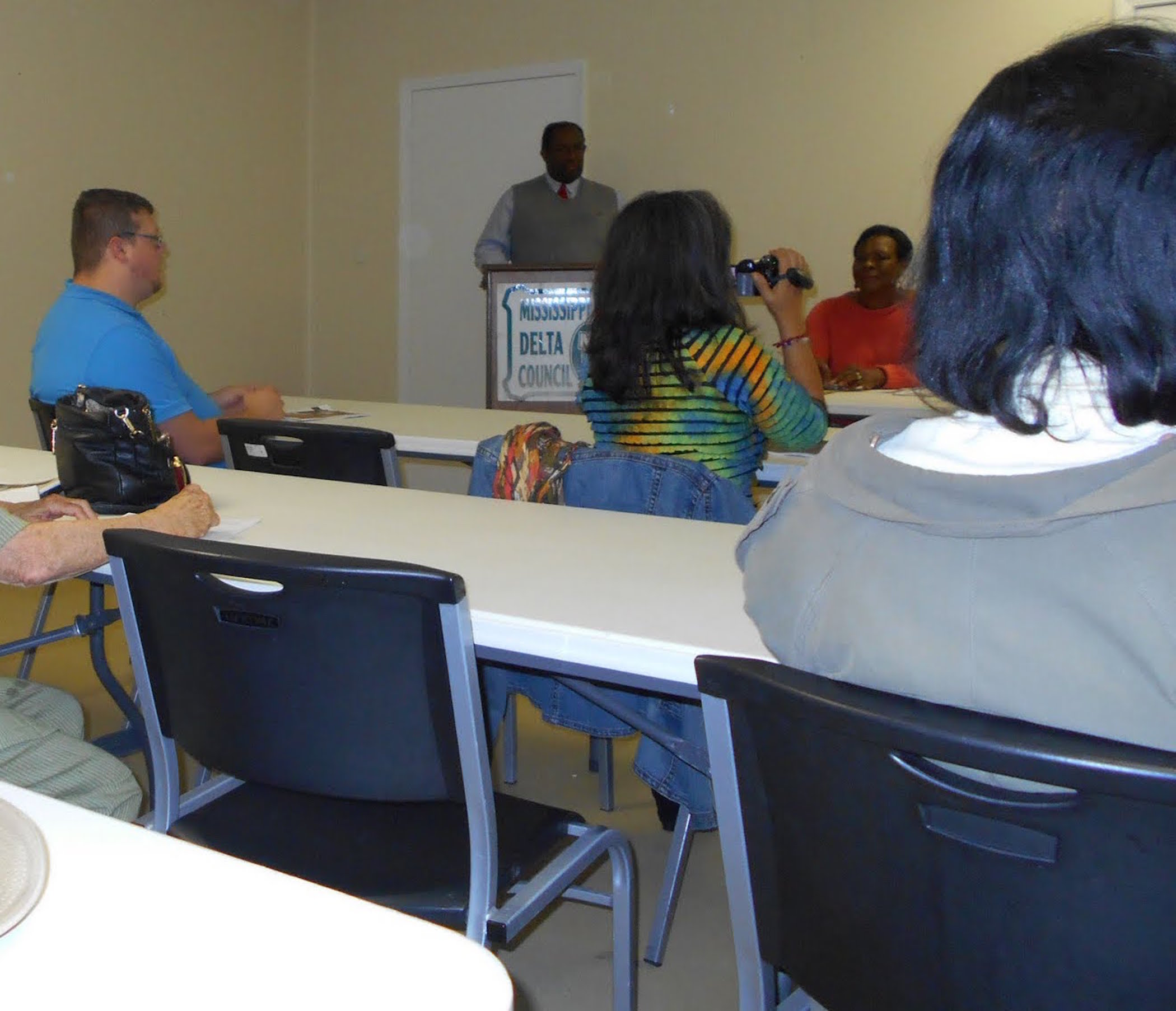 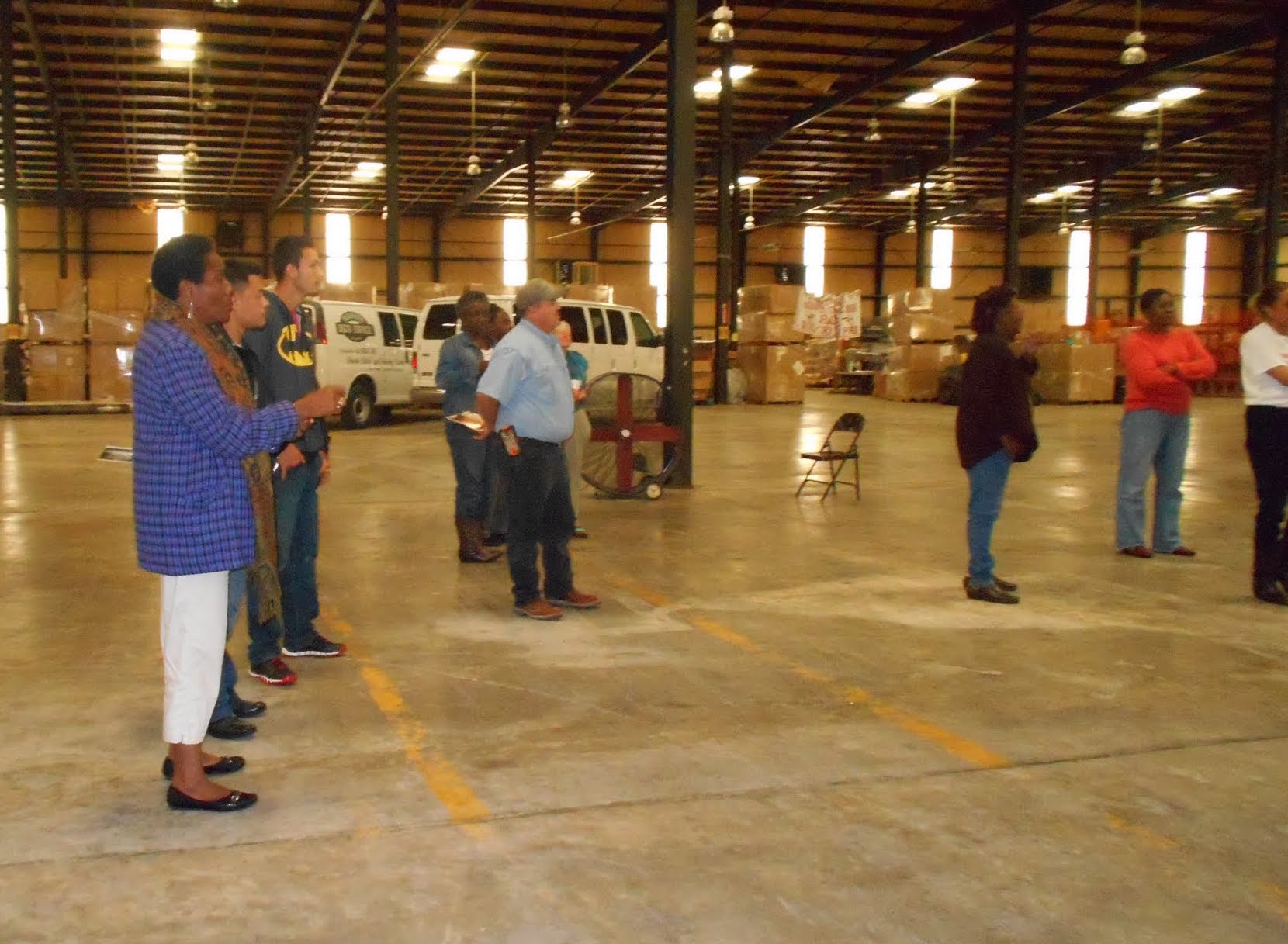 RDLN Mississippi Food & Health Fellow Oleta Fitzgerald, Regional Administrator for the Southern Rural Black Women’s Initiative (SRBWI), led a session at the Mississippi Delta Council For Farm Workers Opportunities, Inc. (MDCFWOI) in Clarksdale, Mississippi. This is the site where SRBWI is working with partners to establish a food hub for the Delta. The RDLN visitors heard from Don Green, Executive Director of MDCFWOI and from Willie James Jones, Mayor of Coahoma, Mississippi and the group was treated to samples of food – slices of sweet potato pie, for example -- that are expected to be prepared in a commercial kitchen at the site. The kitchen will serve as an anchor for the food hub. Gloria Sturdevant and Hope Davenport of Greenville work on this project with SRBWI. They also work with a cooperative of women farmers, Women in Agriculture, whose members in several counties, who will be providing nutritional crops for the food hub. Sweet potatoes, including fresh slices for dipping, and cooked sweet potato greens are among the specialties so far. 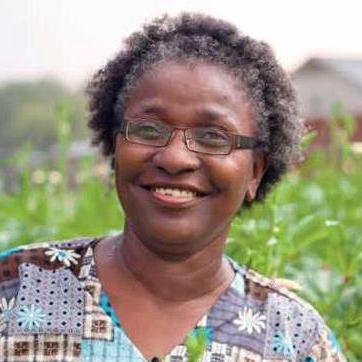 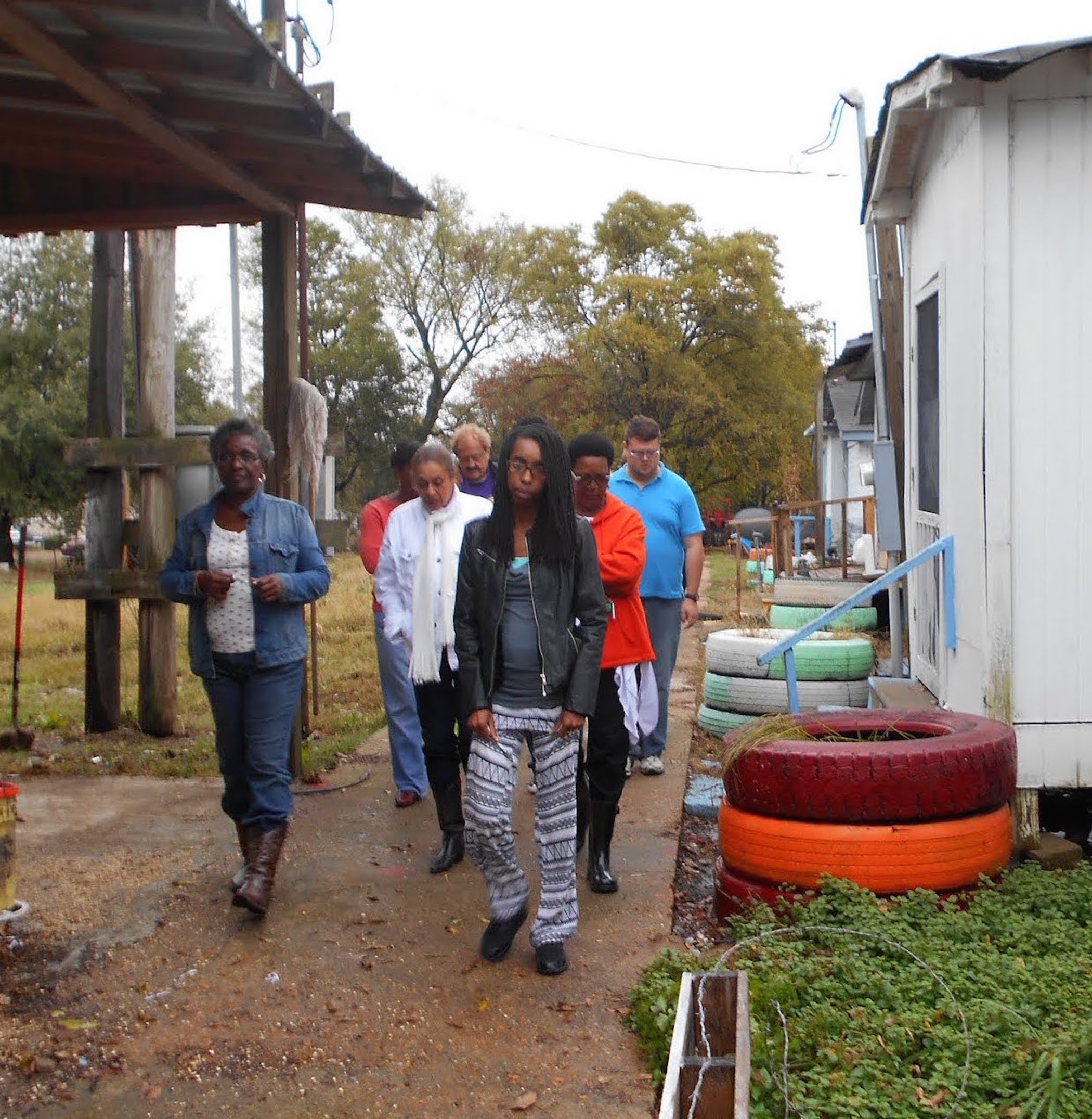 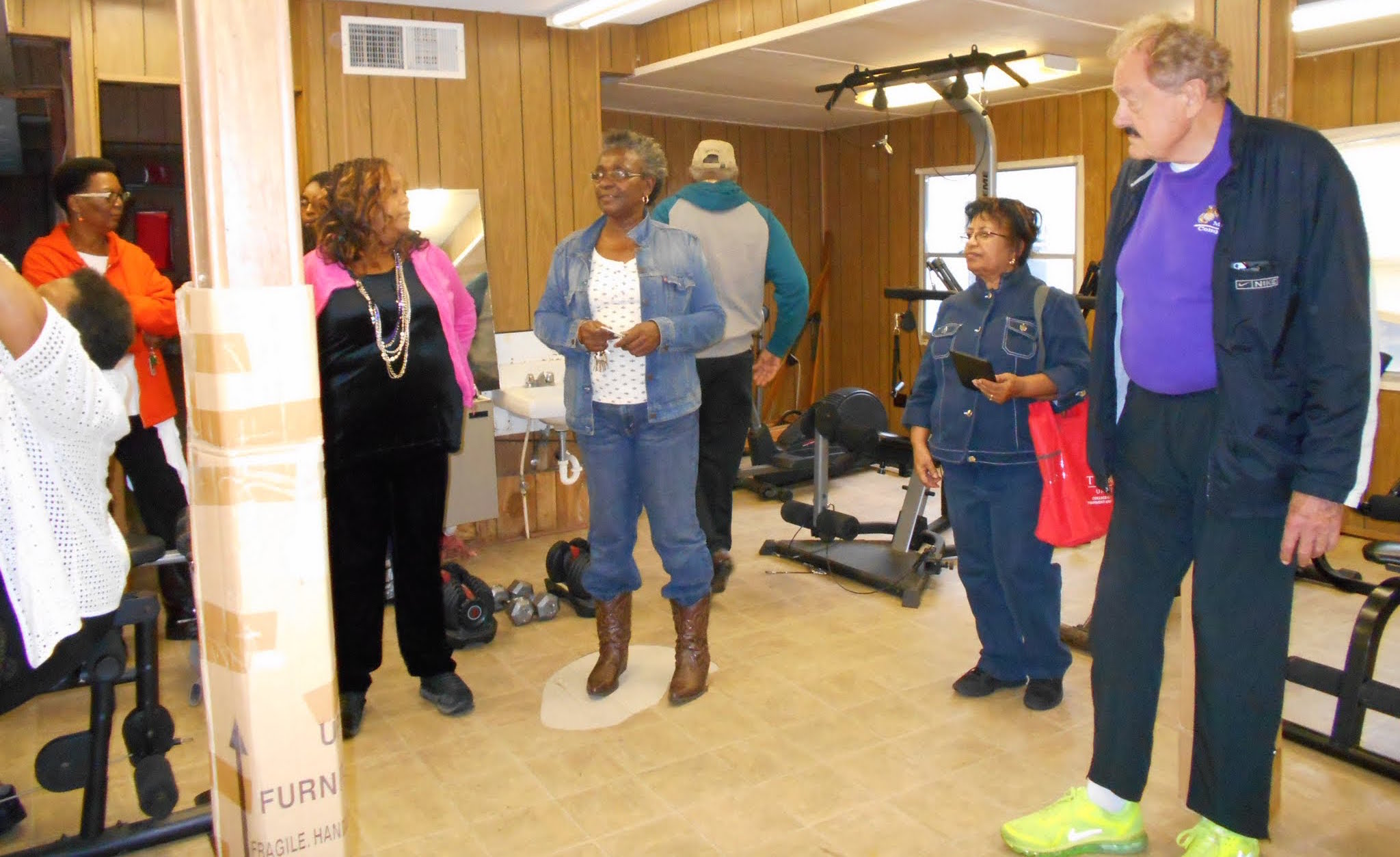 Dorothy is co-lead for the Mississippi Farm to School Network 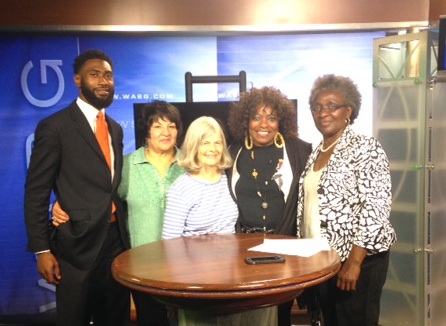 We taped two Delta Renaissance TV shows with Sade Turnipseed to highlight the importance of eating well and making locally grown food available with a new generation of farmers. Dorothy is co-lead for Farm-to-School for the state of Mississippi. MEGA farmers mentor young men in farming and they learn to grow, build hoop houses, and harvest food. MEGA assists in new community gardens in backyards, schools, churches and community locations, as well as hosting cooking classes and fitness activities. 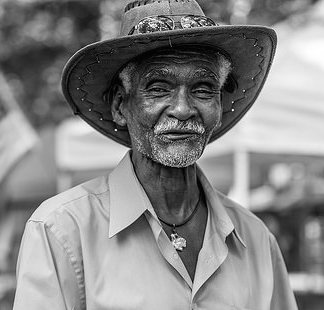 Charles Smith displayed his sculpture and paintings during the Assembly. Several attendees purchased pieces of his art. Charles is married to Melbah McAfee Smith, who recently retired as Executive Director of the Coalition for a Prosperous Mississippi. She previously served as Coordinator and Program Director for the Mississippi Association of Cooperatives of the Federation of Southern Cooperatives 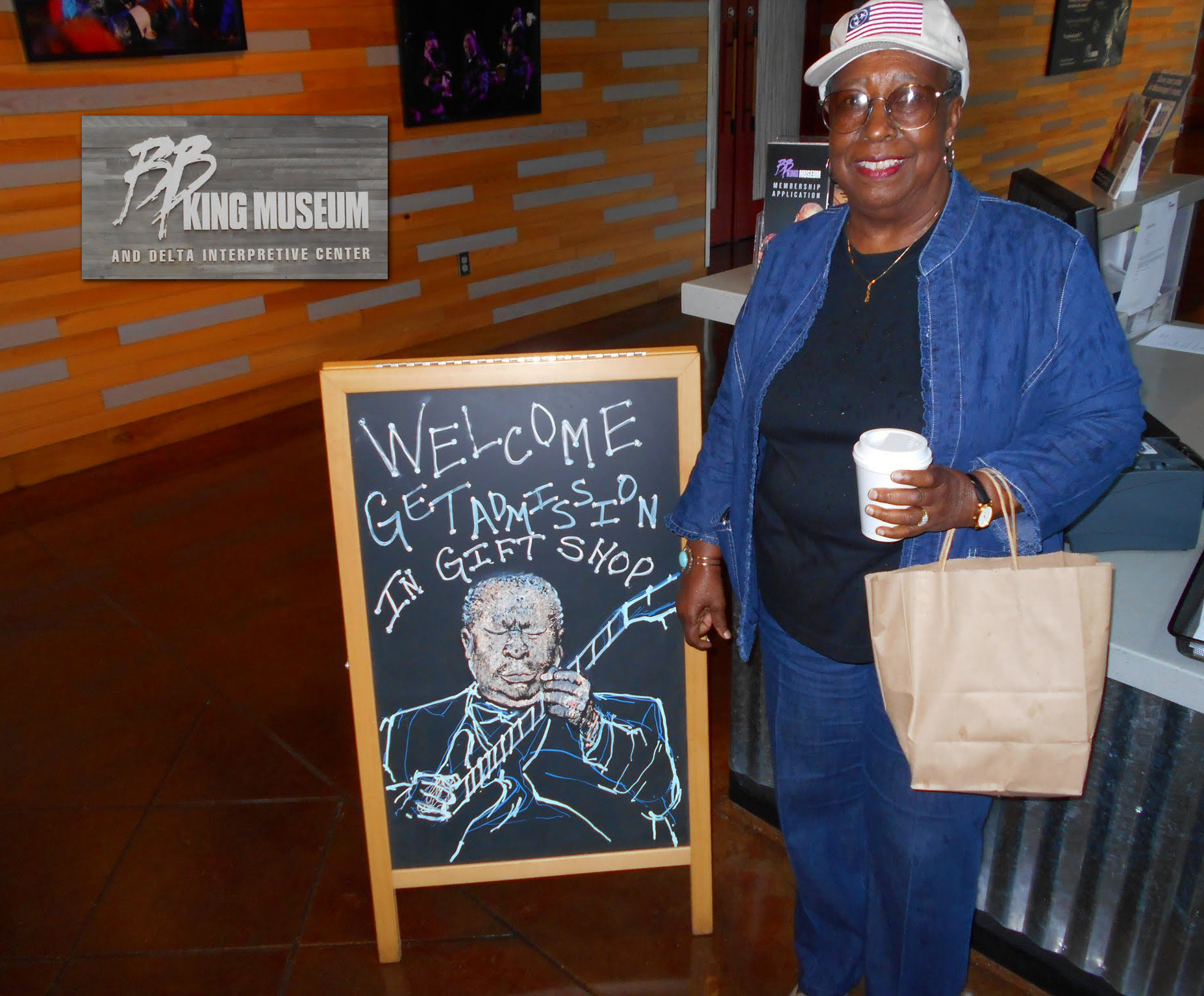